Community unity and support for organizations that serve the community warmed hearts.

So did a couple precious little pooches.

‘It was a very successful event for both organizations,” said Bryan Townsend, event fundraising chairman for DVFD. “The money that we raise will go to benefit us, the Good Ole Boy Foundation and help out in our community which we serve.”

“It was an extremely huge success,” said Good Ole Boy Foundation co-founder Josh Wharton. “From the people who were here and bought tickets to the people who donated, everybody gave and we are extremely grateful.”

The event doubled as a venue for spontaneous support for 17-year-old Trevor Kramer, who is battling brain cancer.

Monetary donations boosted by a generous $1,450 giveback by the first 50/50 winner, Patty Smith, approached $2,000. The live auction for a yeti cooler added another sizeable sum to the tally earmarked for Trevor and his family.

“That will go to the family to help with medical bills and everything,” said Mr. Townsend.

That grand list included a Cornhole set made in tribute of the late Kirk Rogers, who passed away last November. He was a 1992 Sussex Central High School graduate and a patriotic Good Ole Boy Foundation member.

“We all know how much Kirk Rogers loved to help,” said Mr. Wharton. “This was his event. Last year that man went in with both feet as hard as he could go because he loved giving back to the people. We can’t see Kirk here tonight but I know he is here with us.”

The Cornhole set was made by Sussex Central High School students. It was branded “Ranger” with a hashtag: #livelikekirk.

“Kirk was a huge part of our organization, the Good Ole Boy Foundation,” said Mr. Wharton. “He had a special place in his heart for veterans. He really liked to do veteran outreach. He was an Army Ranger. So he is the one that left us with a soft spot for veterans. And we do that in his honor. We help veterans when we can.”

The Ranger Cornhole set went for $1,300. All of that money is going to Kirk’s wife for their kids and their college fund, Mr. Wharton said.

Organizers were overwhelmed by the community support.

“It’s a grass-roots effort and without the people we could not make this happen. We are here to serve the public,” said Mr. Townsend.

“A big thank you to our supporters,” Mr. Wharton said. “We can’t help anyone without our loyal supporters.”

“Big thanks to the Bo Dickerson Band. They did a great job,” Mr. Wharton added. “From our side of the table, a huge thanks to the Dagsboro Fire Department for allowing us to team up on this event.”

Mr. Wharton gave a special shout out to Greg Hocker and Hocker’s.

“They are the unsung heroes. They really go above and beyond for us so we can help the community,” said Mr. Wharton. 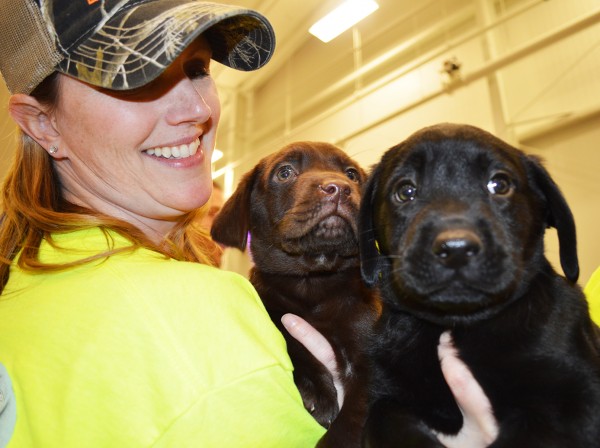